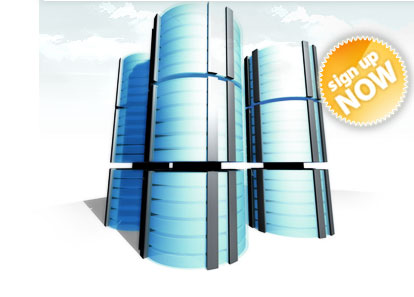 Web hosting business is in a turning point where price strategies and marketing methods need dramatic change. Hosting business is old as internet invention. Before predicting the future of hosting business, I think it is better to look back its history. I would like to classify the historical time line into three major headlines. 1) Golden decade. 2) Unlimited phenomenon and 3) Suicide pricing.

Golden days of server business
Beginning period of hosting business was the golden days of this industry. At that time it was introduced only by the big multi national companies as it needs huge amount of investment and highly qualified human resource. Lack of control panels like cpanel which facilitates a reseller to start his own hosting business without raising huge fund was also the reason for that monopoly. I remember the rate for just 10mb server space cost Rs.2500 while I was in search for starting a website in 1990s. Once I registered the domain sslc.net by spending 120USD. Starting a website was a status symbol of big companies. Also power players in this server business exploited the lack of awareness of the clients on the same. In India some companies offered hosting service by doing tie up with US or UK based data centers. But I cant recollect any sign of kerala based server provider at that time.

Emerging of some user friendly server management control panels facilitated the new concept “reseller hosting” in web hosting industry. Using such control panel the root user of dedicated server can add resellers under their system and such resellers can resold their allotted space to third parties by splitting as they like. It help small companies to involve in this growing business field. In kerala, some hosting companies like spaceforhost.com and shyamnet.com started domain registration and space selling business by purchasing reseller hosting from US and Uk based server providers. I registered net4designs.com from spaceforhost.com at Rs.800. They also charged Rs.750 for 10MB server space. I faced lot of issues and they were unable to handle my support request at that time only due to they were rely on the US based server providers and had no any direct role in server management. Anyway it was the growing period of hosting business in kerala. Followed by such models of spaceforhost.com, more hosting firms emerged in this field. They were get good profit by reselling hosting and domain registration services.

Unlimited bombing
In the beginning of the year 2000, a lot of hosting firms were established and struggled for their survival by reducing the charges for shared accounts. And also they were tried to attract more customers by increasing the space without rising any charge. One day it occurred! Someone, I dont remember that company name, stand up in the crowd and offered unlimited space at a few bucks! Unlimited space? Yes.. It was attracted by the people especially beginners in web designing industry. Competitors put finger in their nose. How could they offer it? It is fraud it is fraud. They alarmed loudly. Because who can offer really unlimited space at limited charge. Servers come up with 40-200gb space at that time. Then it was sure that such offers were fraud attempt. But the joke is that after some time that alarmed web providers also offered “unlimited space” and tried to compete in this business. It is because all hosting companies understood the concept of overselling. They know noone in web designing firm cant upload unlimited web content only on behalf of a single domain. An average website needs atleast 10-50mb server space. Knowing this fact every hosting firm offered unlimited web hosting within their limited resources.

But that honey moon days were remained only for some time. High traffic websites arise problems in shared hosting environment of such providers. They used up majority of cpu and memory resources and server provider put into trouble of server crash. Websites like manashosting got bad reviews due to such issues. The bad effect in such overselling trick is that if any site used more resources and bog down the server, everyone in the same server will suffer it consequences. It gradually decreases the reputation of many hosting companies. But the power players in this field survived this issue as they have lot of web servers in their hand. Small hosting business went into failure as they were unable to solve such issue with their one or 2 server.

[I just started writing of this article and need more time to finish. But I am posting this incomplete scripts in this blog only for give you an idea of the history of hosting business.]
Asker Hassan is the Senior server administrator at BharathNet.com, a leading server provider from kochi, Kerala